I’ve been having some trouble lately, and I’ve had a hard time pinning down exactly why. I’ve gotten some pretty good (I hope!) advice on what I should be trying to do, and it sounds sensible and reasonable, and yet I keep finding myself running up against a wall.

Funnily enough, quitting most sugars has actually been the easiest thing I’ve done lately. I’ve had one serious misstep (there was a leftover Reese’s Christmas tree that I couldn’t bear to throw away) and other than that I’m pleased with myself. My wife’s been great about not eating the sweet things I love right in front of me, and it’s gotten a lot easier to sigh regretfully and move on when she has a sweet snack.

No, the harder parts have been the weird little things that I would have expected to be easy.

I’ve wanted to get into a decent skin-care regimen for a long time, and since I’m radically changing everything around in my life anyway, I figured why not add this to the mess as well? Surely washing my face in the morning is going to be an easy little add-on, right?

Idioms, proverbs, bits of folk wisdom passed down, and basic common sense, they’re all so comforting and familiar, little reminders that other people have gone through similar situations and lived to pass on their advice. Even the ones that are chronically misused – “blood is thicker than water” actually means “screw your biological family, the people you struggle through life with are more important” and “carpe diem” is about not procrastinating – still add to the sense that there’s order in the world, that other people have stood where you stand now.

The problem with the sayings, though, is that no matter how well I think I understand them, now matter how many times I repeat them to myself, by the time any one of them is actually relevant it almost always feels woefully inadequate.

Case in point: “the first step is the hardest”. END_OF_DOCUMENT_TOKEN_TO_BE_REPLACED

This blog is in no way endorsed by Cheerios. In case that was somehow in question.

It seems like I’ve been in some kind of fight with my body for as long as I can remember. I’ve been on the edge of being overweight since high school – in spite of having an eating disorder for two third of my undergraduate degree – and I’m also hyperelastic, with ankles that roll at the drop of a hat.

I can and frequently do trip over absolutely nothing – in fact, I can’t actually remember the last time I tripped on something. It’s always just a smooth flat surface and then all of a sudden I’m face-planting.

I’ve got Ukrainian and Scottish heritage, which means I’ve got hairier legs than a lot of guys I know. Shaving lasts me about three hours, waxing gives me a week and a half, if I’m lucky. On top of that, some of the hair decided my face must be lonely, so I’ve been fighting with a mustache, sideburns, and a goatee since I was fifteen. On the plus side, I’m pretty damn good with a set of tweezers and those do-it-yourself wax kits.

On the negative side … I don’t really have to elaborate on the negative side, I guess, except to say that the whole positive-negative imagery makes it seem like maybe they should even each other out in the end, and if that’s the case, whoever’s in charge of my scale is definitely asleep on the job.

I could go on, and on (and on). I won’t, though, because this really isn’t about trying to feel sorry for myself; it’s the context for what comes next. END_OF_DOCUMENT_TOKEN_TO_BE_REPLACED 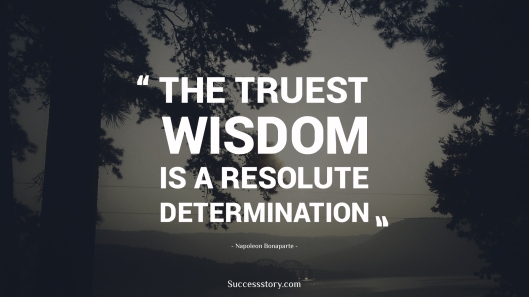 Is there a word like “scrooge”, except for all holidays instead of just for Christmas? Hallowe’en, Valentine’s Day, Thanksgiving – hell, even my birthday, most of the tI’m not a curmudgeon, and I wouldn’t say I’m a kill-joy; I have no problem with other people having fun or getting into the spirit of whatever season we’re dealing with.

I just personally have a really hard time matching my feelings to an arbitrary calendar date, whether those feelings are supposed to be spooky, romantic, thankful or, in this case, resolute. I also don’t really like fireworks, and I can’t really drink anymore, and I am not a fan of standing in the cold or watching other people stand in the cold on TV. Suffice it to say, I’m not so big on New Years.

And I’ve always hated the idea of New Years Resolutions. They almost always feel contrived and artificial, born out of a sense of obligation to social norms rather than out of anyone’s real desires or needs, and we all know that nobody follows through with them anyway. The idea is so prevalent that the “buy a three month gym membership so that you can start in January and give up in March” thing is a running cultural joke.

“Aha,” we say. “It is the 1st of January, all of a sudden I see with perfect clarity and will create a plan in the next five minutes that I will adhere to for the next 365 days.”

ON THE OTHER HAND …

I am a really big fan of hacking your brain to get it to do what you want, and taking advantages of resources that are available. That isn’t going to work when the goal is something that everyone expects to fail; “I’m going to try to eat better” is basically pointless, because you were either going to do it already or you’ll start failing when the people around you start giving up. Same thing with “I’m going to lose x pounds” or “I’m going to wake up early and make breakfast every day” … no one around you is going to hold you accountable to that sort of promise, because so many people mean well and then drop out that you’re just another statistic. And if you know that nobody else cares, you lose any external assistance with meeting your own goal.

Likewise, resolving to do something that you think you should do but don’t actually want to do is pretty much dead before it begins. Either you’re the sort of person who can motivate themselves with willpower and a sense of duty alone (if you are, can I have some?) or you’re the sort of person who wants to be better than they are, but can’t actually ever seem to make it happen because willpower and a sense of duty are great but when you’re spending those things on being a productive member of society or being kind to your family or getting through the day without dissolving in a puddle of depression, your willpower already has its work cut out for it.

But there are some things that can really benefit from some New Years attention. Little things, usually, the kinds of things that seem harder than they are, that will actually lead to concrete, observable improvements in your life without costing more than you have to give. The sorts of things that just need a little push to get going, and maybe some loving attention for the first steps of the journey. Maybe “take the stairs at work at least once a day” or “dump the spare change in my pocket into a savings jar at the end of the week”.

Yes, they seem small and kind of stupid … and that’s probably because they are, because sometimes the small kind of stupid things are important, and at a time when everyone tends to think in these grand sweeping arcs, paying attention to the little things is especially important.

They’re also useful, because it’s often easier to bring people in to help you with the little things. It’s a lot easier to convince a roommate to dump their spare change sometimes than it is to convince them to go vegetarian; coworkers might take the stairs with you sometimes when they wouldn’t be willing to give up going out to lunch every day.

There are a lot of things that I want to accomplish in the next year: make a certain amount of progress with my writing, do some paid work, get my health into a better place and keep improving my diet. I’d like to build my sense of personal style and learn how to wear bright lipstick again. None of those things are resolutions, though. They’re important, and if I work at it, I’ll be able to achieve what I can, and no amount of arbitrary promises will keep me from failing if something really gets in the way.

I am, however, going to make two resolutions:

Now, writing every day doesn’t mean that I’m going to end up producing something that will go into a novel. It might be a blog post, or maybe a character sketch or a ‘what-if’ scene or some kind of self-insert wish fulfillment fanfiction, I have no idea. The point isn’t what gets written, it’s that anything gets written at all. The only way to get better at something is to practice, and I know that, and so now I’ve gone and made it official. Maybe I’ll start some kind of hashtag thing so I can keep track for myself, and then people can pretend they care when they follow me on twitter!

As for the journal … I have no idea how that one will go. I’ve never been the kind of girl who kept a diary, and I’m definitely not going to start that now. But I’ve seen enough writers I admire talk about how jotting things down each day helps them with their work later on that it seems like it’s worth trying, so I’m going to give it a shot! No hashtags for that one, just a crappy spiral-bound notebook that I bought for Spanish class and never ended up using.

At the end of the day, I guess I see the beginning of a new year as a chance to check in with yourself and see what you struggle with, what you’re striving for, and what’s important to you. It’s a chance to be honest in a kind of way you don’t get very often, and if you use it wisely, it can be a chance to take yourself by the hand and give yourself a little push in the right direction.

So don’t waste it on a gym membership or a juicer, I guess.

Come look at The First Rule of Write Club

If you can't learn from our mistakes, at least you can laugh at them!