Okay, so going into this one, I have no idea if this problem is relatable or super unique to me – although the answer, as always, probably lies somewhere in the middle. Either way, it’s one that I run into with honestly embarrassing frequency, so here we go.

(But before we begin, I’m thrilled to be back as a part of the Author Toolbox Blog Hop, and I encourage everyone who’s taking a look at this article to go check out the main page, because the other participants are awesome!)

For me, it’s protagonists. Which is a horrible thing to say, because it feels sort of like a parent saying they just don’t really like their oldest kid. Whether or not it’s true, it’s not supposed to be true, and you certainly shouldn’t admit it.

On the other hand, it’s impossible to address problems if you’re not willing to face them. And it’s not the characters’ fault; I created them. The least I can do for them is to be honest about how I feel.

END_OF_DOCUMENT_TOKEN_TO_BE_REPLACED

AKA: What you need to know if you’re going to play in one of my games

I’m a story-driven DM. This means that I’m more concerned with relationships – between party members, between the party and NPCs, between heros and villains – than I am with keeping track of ammo and spell components. It also means that each campaign I run is designed and tailored for the players I’m running it for. Each story is a living, breathing thing that will grow and change based on how you, the players, interact with it. I put a lot of work into things, so actions have consequences. It’s also worth noting that because I work in homebrewed worlds, things won’t always work the same way as they do in standard D&D modules.

As far as I’m concerned, the DM’s job is to help players tell the best possible version of their story. That means powerful and inspiring heroes, equally powerful and terrifying villains, and a flexible framework of rules to help keep everything running smoothly. I employ house rules fairly liberally, am happy to homebrew almost anything if there’s a good enough reason for it, and I’ll do everything I can to make this game fun and satisfying for everyone. This includes:

END_OF_DOCUMENT_TOKEN_TO_BE_REPLACED 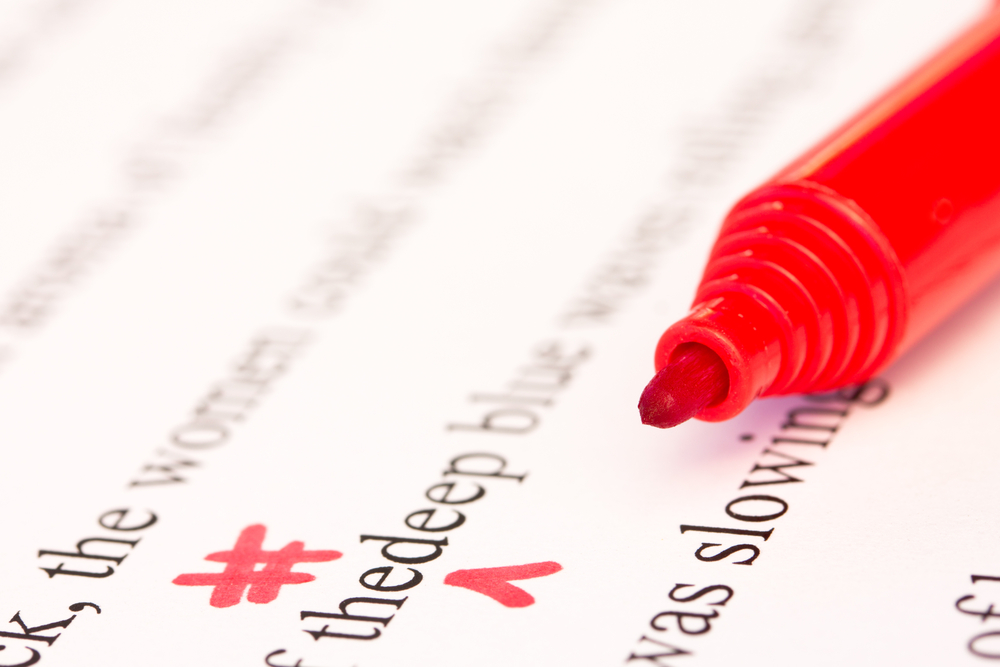 Hello, friends and fellow #AuthorToolBoxBlogHop writers! I’m sorry I wasn’t around last month, but I was kind of swamped finishing the first draft of my novel! (How’s that for burying the humblebrag?)

But I’m back this month, and so are lots of other writers with fantastic thoughts and advice. I encourage everyone to go and check out the Blog Hop’s main link for more!

So yes, after a couple of years of struggling to put the pieces together, I finally managed to finish a complete draft of my first novel. And since I’m finding myself a little bit pre-occupied with that, I thought that rather than try to fight the tide I’d give in to the inevitable and share the editing advice that I’m trying to put into practice right now.

END_OF_DOCUMENT_TOKEN_TO_BE_REPLACED

This post is written as part of the #AuthorToolBoxBlogHop, hosted by the insightful Raimey Gallant. Anyone who’s interested in more exciting tips and thoughtful advice should definitely go and check out the main link, where dozens of other writers are sharing their words of wisdom on the third Wednesday of every month.

I spent most of yesterday playing video games. For work.

In honor of this – and to reassure myself that I wasn’t actually slacking – I thought that this month I’d share two games that help me outsource some of my creative heavy lifting. I’m not suggesting that anyone go out and buy them just for the sake of writing tools. Both of these games can get expensive, especially when you start taking bonus packs and DLC into account. But if you already have them, or something like them, it might be worth playing around and seeing if you find them helpful.

So, without further ado, I present:

END_OF_DOCUMENT_TOKEN_TO_BE_REPLACED

You know, the one you keep falling off of.

This post, which almost didn’t make it, is part of the #AuthorToolboxBlogHop. Check out the main link for more!

I’ve had trouble writing this month.

I haven’t been sleeping particularly well, which never helps anything, and I had a cold for a while, but that’s nothing new. I’ve worked perfectly well under those circumstances before; I just couldn’t, this month … until yesterday, when everything suddenly clicked back in place like there had never been any interruption.

In honor of this, I thought I might as well offer my checklist of Things I  Use To Combat Writer’s Block (with varying degrees of success). Some of these I’ve figured out on my own, others have been advice given by others, and by the time I get to the end of this, there will probably be at least one tip I’ve never actually tried but seems like a pretty good idea right now.

Starting off with old favorites:

END_OF_DOCUMENT_TOKEN_TO_BE_REPLACED

I was heartbroken to realize that I lost track of time last month and missed out on #AuthorToolboxBlogHop, but I’m hoping that Raimey Gallant will be a benevolent host and let me back in because I had so much fun reading and writing these last year. Check out the main link to see what other writers have to offer!

Not because I don’t care about them – really, it’s more of the opposite problem. I’m the kind of writer who thrives on worldbuilding, on planting a seed and then watching and trying to keep up as the resulting plant takes over the garden. I consider myself a pruner, to keep the gardening metaphor going. I encourage particularly promising growths and try to cut off dead weight but otherwise, I tend to sit back in my mind and let things bloom as they will. By the time I’ve got anything resembling a plot, my characters have usually already assembled a host of likes, dislikes, memories, quirks, friends, enemies, and stories. All I have to do is figure out how to turn them into a cohesive narrative. END_OF_DOCUMENT_TOKEN_TO_BE_REPLACED

After a month’s absence, I’m happy to be back in #AuthorToolboxBlogHop! As always, check out the main link for lots of other fantastic authors (who wrote awesome things in September as well)!

National Novel-Writing Month, aka NaNoWriMo (or just NaNo if you’re me and lazy) is an event that was started 18 years ago by Chris Baty as a way of getting aspiring writers together and helping them actually get some writing done.

The basic concept simple: write 50,000 words in the month of November, and don’t go back and edit anything until you’re done. If you do that, you win. If you don’t, you try again next year.

Ideally, those 50k words should be the beginning of a new project, and that project should be a novel, and you should get to the end of the story by the time you’ve gotten to the end of your words. I always end up breaking at least one of those ideals – usually the one about writing a 50,000-word story instead of writing 50,000 words of a much longer potential story – but it’s useful to keep them in mind. If nothing else, they can give you a sense of what the other WriMos are trying to achieve.

I joined my first NaNoWriMo back in 2007 and failed spectacularly. I didn’t make my next attempt until 2011, but since then I’ve won five out of the six years I’ve participated. (We shall not speak of 2015.) The end results have ranged from pretty decent to absolutely horrible, but I’ve always had fun and I’ve always felt like I learned something from the experience. There’s a sort of a thrill at the end, looking back and seeing what I’ve accomplished – even if that accomplishment is a lot of bad writing.

That having been said, NaNoWriMo is definitely not for everybody. It’s kind of grueling, it eats giant chunks of time out of a month that’s already busy with an American national holiday, and if you don’t know too many other people it can feel sort of isolating. Some people find the commandment against editing freeing, and other people find it distracting and prohibitive.

The way that I’ve found I can enjoy this mammoth undertaking year after year is by remembering to just have fun with it and take every rule and bit of advice with a grain of salt. For anyone who’s a little more curious, though, here’s my take on NaNoWriMo.

END_OF_DOCUMENT_TOKEN_TO_BE_REPLACED

So it’s October, and I’m already seeing people around me start getting excited about pumpkins and candy and costumes. I’ve never really been all that into Halloween, though, so for me October is all about NaNoWriMo prep!

This year I’m going to be working on a project that I started and then dropped about five years ago. It’s been simmering ever since then, and last week a bunch of things clicked in the shower, and I’m now super excited to see what I can do with two months of hard work. Of course, the writing doesn’t start until November, but that means I’ve got a month to get my foundation laid.

END_OF_DOCUMENT_TOKEN_TO_BE_REPLACED

A couple of months ago, I wrote a post about the idea of “writing what you know”. In that post, I mostly argued that trying to write speculative fiction while drawing too heavily from personal experience often results in characters who feel like they’ve been recently transplanted to their surroundings, and in a narrative that ignores opportunities simply because those opportunities aren’t available in the author’s own experiences.

It’s not that the axiom is a bad one, exactly. I fully agree that a story benefits when an author has a connection to what they’re writing. An author who’s never been on a boat probably won’t write a particularly compelling maritime epic, after all. It’s just that I feel like too many writers limit themselves and their stories by never straying outside of the bounds of their own imaginings.

I also frequently get in fights with the idea that an author should try to tell an “original” story – actually, I’ve been meaning to write a blog post about that, so I think I know what I’m going to be writing about next month.

This month, though, I’m lacing up my gloves and having it out with those esteemed titans, Strunk and White, and their commandment to “omit needless words”.

END_OF_DOCUMENT_TOKEN_TO_BE_REPLACED

I’m writing this from Martha’s Vineyard, where I’m participating in the second week of the Martha’s Vineyard Institute of Creative Writing. For the last week and a half I’ve been here on the island, learning from authors whose skill and patience are equally admirable. If I sound more lyrical than usual, you can blame Alexander Weinstein or Kea Wilson or Sequoia Nagamatsu or Jennifer Tseng or Allegra Hyde or Christopher Citro, who are encouraging me to take chances and challenge myself and push my limits as a writer. I’ll be back to normal next month! 😉

I’m learning a lot here, and I suspect that several of the lessons will become the backbones of future Author Toolbox Bloghop posts, once I’ve had a chance to sift through them. This month, though, is devoted to a notion that I’ve held for a long time, one that has been reinforced in one or another by almost every coach I’ve had here. That is: the novel that you write will not be the novel that you intended to write.

END_OF_DOCUMENT_TOKEN_TO_BE_REPLACED

Come look at The First Rule of Write Club

If you can't learn from our mistakes, at least you can laugh at them!